I wanted to tell you about something I witnessed at our school with the aftercare children and our “coach.” 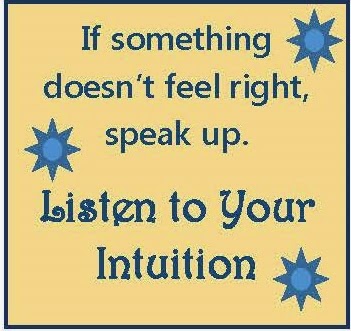 I happened to be in the area doing something and turned around and saw a young girl laying across the lap of the coach. He was “playfully” using her hand to spank her own bottom. All the kids were laughing and I was immediately struck by how inappropriate this was on many levels. It happened quickly and the whole thing only lasted a few seconds.

Well, I turned to someone else who was with me asked if she saw what I saw and if she thought it was highly inappropriate. She did and she agreed. I told her that now that I had seen it, I must report it. That was yesterday.

Today I sat with the principal and told her what I saw. At best this is an absolute lack of judgment on the coach’s part, and a clear violation of school rules. It was so difficult to speak up. This coach has worked in the school for over 20 years. He appears to be a nice man. The students love him. Everyone loves him.

But I couldn’t sleep last night thinking about those few seconds I witnessed and how my gut screamed “this is wrong.” I was assured by the principal that swift disciplinary action would be taken and they would review the campus surveillance videos.

I honestly think that what I have learned from you has helped me know, without question, that this needed to be reported immediately. There may not be sexual abuse going on, but nonetheless it was disturbing and his actions warrant discipline. I am sure that many people, including the other parent I was standing with may have thought it was harmless but it’s exactly that apathy that allows abuse to continue in schools, churches, and homes everywhere.

It takes courage to stand up. You have helped me find that courage and I want to thank you.