From time to time, I attend treatment groups for men and women who have sexually abused children so that I can better understand this crime and how to prevent it.

Many of the offenders I met this summer told me how important it is to teach adults how child sexual abusers go about gaining access to and compliance from children. In the words of one man,

“We’re really good at what we do, so you have to keep educating parents so they understand how we do what we do.”

Child sexual abusers need three things to sexually abuse a child: privacy, authority, and control. Because these ingredients must be present, the sexual abuser is usually someone who is known to the child, such as a family member or caregiver.

“Grooming” is the methodical process of getting a child to eventually comply with sexual requests, either through attention or threat. First, a person who sexually abuses develops or has a special friendship with a child and gives the child a lot of love and attention, perhaps filling a void if the child doesn’t feel like he or she is getting enough attention elsewhere. In the words of offenders I met this summer, 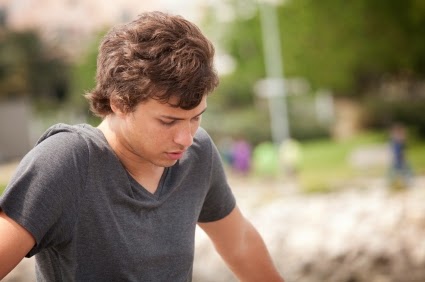 Giving time, attention, and gifts are ways to emotionally seduce a child, so the child feels indebted. Once the abuser establishes an emotional bond with the child, then the relationship becomes sexual.

“I let her watch cartoons, bought her candy and toys. I took my time and made her feel super special.”

“I took it very slowly. Before I would ever touch a child, I would get the child to believe that the touching was her own idea.”

Sexual abuse requires secrecy. As part of the grooming process, some abusers “train” children by asking them to keep innocent secrets. (e.g., “I’m so glad we shared an extra bowl of ice cream for dessert. Don’t tell your parents; this is our little secret. Okay?”)

Once the abuse happens, asking a child to keep secrets about sexual contact may involve threats. One father I spoke with said,

“I threatened her. I told her if she told anyone about this, I’d be arrested and our family would fall apart.”

From the women’s treatment group, I noted these two comments about the power of secrets:

“I kept his secrets and he kept ours.”
“I was a master of secrets and believed that I’d never get caught.”

This is exactly why I talk about the difference between secrets and surprises in the Parenting Safe Children Workshop. Asking children to keep even seemingly innocent secrets (e.g., “Let’s not tell Mommy about the cookie we had before dinner.”) can make it harder for children to tell should a groomer be training the child in secret-keeping

Lesson: 1) Sexual touching is never a child’s fault. 2) Put sexual abuse on your radar just like seat belts and car seats are safety priorities. Our children need us to make child sexual abuse prevention a priority. They deserve nothing less.

For more information about grooming and how to recognize it, see Off Limits, or attend a Parenting Safe Children workshop.