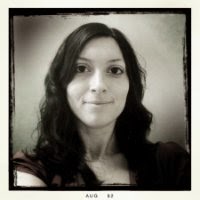 Years before I had my own son, I was working as a nanny for a family who had three young daughters. During that time, it was discovered that a classmate of their eldest daughter, Bea, (name changed to protect her anonymity) was being sexually abused by a family member. Bea’s parents and I participated in Feather’s Parenting Safe Children workshop to ensure that we would be able to identify concerning behaviors in the future.

At one point during this time frame, a young man named began to attend. I don’t recall his exact age, but he was in his early 20’s. I do recall getting a very strong feeling that I needed to keep an eye on him.

Soon after this man started attending the gatherings, I began to notice a pattern of behavior that represents what we call “Grooming.” He rarely interacted with the adults, including me, even though I attempted to ask him questions about where he lived, what he did for a living, where he was from, how he heard of the gatherings, etc.

He began to spend the majority of his time interacting with Bea, who was seven, drawing silly pictures with her, showing her that he knew how to juggle, telling her jokes. I quietly supervised their interactions, knowing that Bea’s parents were much too busy with the other guests at the gathering to take notice of his behavior. Eventually, he started to interact with Bea on the fringes, just outside of the spaces where the rest of the group was located. I also started noticing he was encouraging Bea to follow him to places even further away, saying things like, “Hey, let me show you something cool!”

My instincts – combined with concrete knowledge from the Parenting Safe Children workshop – were telling me loud and clear that this was not a safe situation. I believe that this young man was systematically taking advantage of Bea’s parents’ distraction, Bea’s growing trust in and admiration of him, and the very large and spread-out layout of the property on which the gatherings took place. What he didn’t know was that a member of the Family’s Prevention Team – ME! – was not only knowledgeable about the warnings signs, but was paying close attention.

To this day, we will never know for certain whether this man was intending to abuse Bea, because I told her parents about what I witnessed, and they watched him at one gathering and agreed that his behavior was inappropriate. Subsequently, Bea’s parents talked to him about their concerns and told him he was no longer welcome to attend. We never saw him again. To me, it doesn’t matter whether I was right or wrong about him, because offending him was not our concern. Protecting Bea, and the other children around was.

This story speaks volumes to the importance of inviting friends and caregivers onto your Prevention Team, because it is possible that Bea’s parents, while educated about child sexual abuse prevention, were too busy to catch the subtle behaviors that were taking place. The fact is that protecting children does NOT require “Helicopter Parenting,” but instead the development of a community of informed adults who can be the eyes and ears looking for these signs and behaviors, and will ultimately enable us keep all of our children safe.