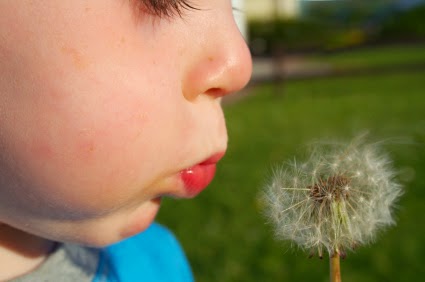 When I was pregnant with my son, I was online searching for some type of local organization or group that provided education around childhood sexual abuse. I had spent my childhood and early teen years being sexually abused and assaulted by a trusted family member. I wanted to protect my son, but felt slightly paralyzed with how to do this without going to some extreme that involved him never being alone with anyone except me or my husband. Thankfully in my searching I discovered Parenting Safe Children.

To find a babysitter, I felt most comfortable asking friends and family for references. I prepared a list of questions, which included asking the potential sitter about her experience with sexual abuse prevention. I also talked about our house rules, which included explaining my son’s body-safety rules.

I started with a phone interview. I was nervous about how she might react when I got to the more “awkward” parts of the conversation, but I also felt empowered by what I’d learned in Feather’s workshop. The first woman I spoke with was friendly and didn’t seem fazed by my questions. After I contacted her references, she and I arranged a time for her to come and meet my son.

She came once. I reminded her of my son’s body-safety rules. I gave her examples of what it meant for him to be the boss of his body, like that we don’t hug him without getting his permission first. She seemed to understand and was very sweet with my son. I went to a different room to give them space to get acquainted. After a short period of time, I heard my son laughing really hard and then the laughter changed – it sounded almost painful. I quickly entered the room and discovered the sitter tickling my son repeatedly without stopping. I intervened and checked in with my son. In the moment I was too shocked to say anything to the young woman.

I later emailed her to tell her that it wasn’t going to work out. She asked if there was anything she should know about what happened so that she wouldn’t do it again for future jobs. I explained how I’d found the tickling to be inappropriate given that she’d just met my son, that she wasn’t giving him a chance to say “no” or stop her, and that it didn’t seem like she’d really understood our body-safety rules. I didn’t hear from her again.

The next woman I interviewed was a huge contrast to the first. She had spent time as a camp counselor where she’d received some training in sexual abuse prevention. She was getting her master’s degree to become a therapist. She was receptive to attending Feather’s workshop. I found it much easier to talk with her about our body-safety rules and when she met my son she was completely respectful. She was our sitter for over a year.

My experience with these two sitters confirmed for me that protecting my son is an ongoing process. It isn’t about one conversation with an adult. It’s about listening to my intuition, paying attention, reminding my son of his body-safety rules, continuing to check in with caregivers to make sure we’re all on the same page, on the same team. And with each experience and conversation it gets easier and every time I “stand up” for my son it helps with healing my own trauma.